Warning: call_user_func_array() expects parameter 1 to be a valid callback, class 'DiviBooster\DiviBooster\FullwidthSliderRunOnceFeature' does not have a method 'appendFieldNames' in /home/customer/www/roadandmore.com/public_html/wp-includes/class-wp-hook.php on line 303
 Original price $2,200 now up to $180,000 | Road & More 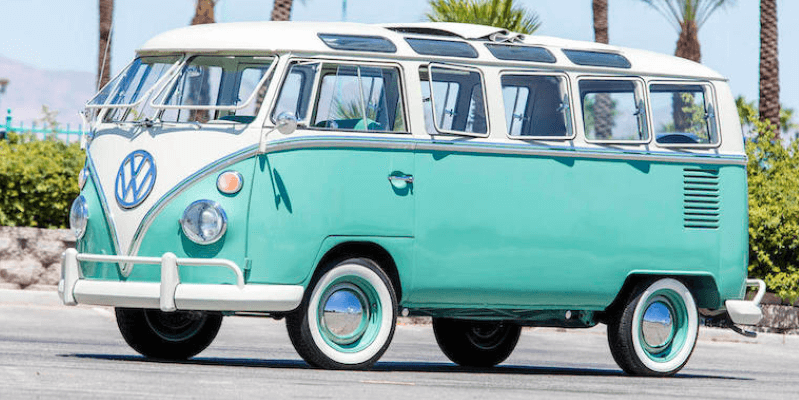 Who would have thought that a Volkswagen Bus that sold for $2,200 new, would be worth between $140,000 and $180,000 at the Bonhams Auction.
Introduced in March of 1950 by the German automaker Volkswagen as its second car model, and produced from 1950-1959, the Volkswagen Bus started a new category of motor vehicles, that eventually garnered the name today of minivans.
Called the Transporter, it used the Beetle floor pan and 94.5-inch wheelbase, but at 53.5 inches, its track was wider than the sedan’s by 2.7 inches in front and a significant 4.3 inches in back.
Passenger versions of the 1950-1959 could carry up to nine on three rows of seats.

Check out the link if you’re interested in bidding: https://www.bonhams.com/auctions/24811/lot/6/

If you want to read more go to:
https://auto.howstuffworks.com/volkswagen-bus1.htm