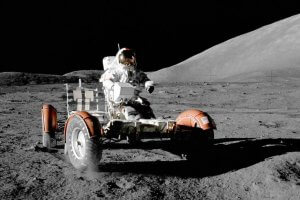 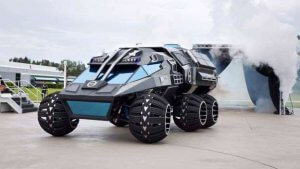 *The final pic is a next gen Parker Brother concept vehicle.

Elon Musk was not the first to send a car into space, the Lunar Roving Vehicle (LRV) was an electric vehicle designed to operate in the low-gravity vacuum of the Moon and to be capable of traversing the lunar surface, allowing the Apollo astronauts to extend the range of their surface extravehicular activities. It was popularly known as “moon buggy”, a play on the words “dune buggy”, and Its still on the moon. The original cost-plus-incentive-fee contract to Boeing (with Delco as a major sub-contractor) was for $19 million and called for delivery of the first LRV by 1 April 1971, but cost overruns led to a final cost of $38 million. Four lunar rovers were built, one each for Apollos 15, 16, and 17, and one that was used for spare parts after the cancellation of further Apollo missions. Read more: